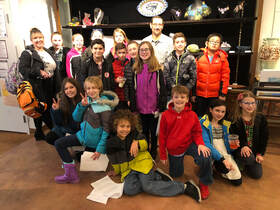 ​As an artist-in-residence for the Pennsylvania Council on the Arts, PJ conducts literary programs in schools, correctional facilities and community centers across Pennsylvania. He has worked with thousands of students in programs spanning many genres of composition, and has partnered with visual and film artists in cross-discipline projects.
​​If you are interested in hosting PJ for an artist residency, click here to contact him. 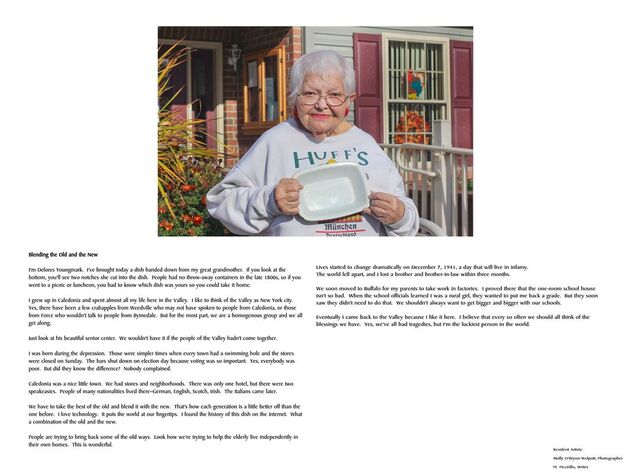 A sampling of residencies PJ has led

​Bennett’s Valley, PA
Eighteen senior citizens took part in “Portraits in Objects and Essays: A Show and Tell of Days Gone By.” PJ gathered stories from seniors, capturing the historical character of “The Valley.” He then wrote essays based on the interviews and collaborated with a professional photographer who captured the meetings and field visits throughout The Valley. The photographs and essays were printed and mounted on a series of easels which were unveiled at a community potluck dinner open to the community and media. The mounted prints and essays became a travelling exhibit. 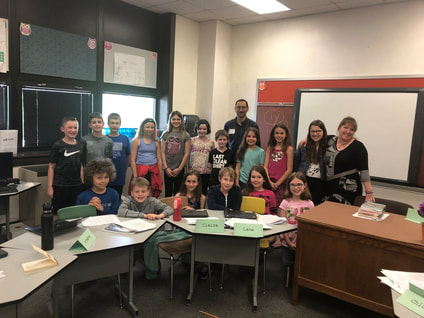 Indiana Area School District, Indiana
PJ led an intensive writing workshop as an elective with 18 gifted fifth and sixth graders. Students composed and shared their work in a workshop environment, revising as they gained input from peers, the classroom teacher, and PJ. The work was compiled into a publication distributed by the school. 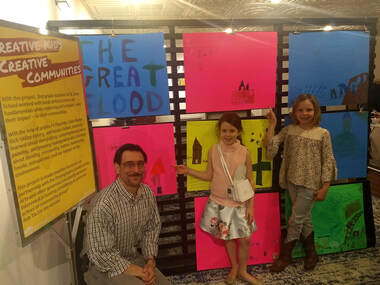 ​St. Leo Magnus Catholic Elementary School, Ridgway
Worked with 12 second grade students on a collaborative story writing project with the theme “Community.” The students synopsized their story as a classroom then worked in groups composing storyboards, including illustrations, for each chapter of their tale called “The Great Flood.” They presented the storyboards at a public reception called “Creative Kids, Creative Communities” at the Elk County Council on the Arts gallery, parents and the public welcome.

Kane Junior High School, Kane, PA
PJ worked with 12 students researching Kane history and writing narratives on five key areas of the community’s development. The students recorded their work with video cameras, including interviews with local history scholars and seniors in which the students asked questions based on their background research. A videographer and PJ worked with the students editing their footage and composing a video narrative built around their writing. The students produced a historical video, 150 Years of Kane: A Student Journey, which was featured as part of the community’s 150-Year celebration. The final segment of the residency entailed working with the original students and six additional core group members developing a marketing plan, composing promotional copy, and designing CD covers and promotional items. Finally, the group planned the launch, which they carried out during several public events including a premier showing at the Kane Family Drive in and an event at the Erie Arts and Culture Center. The video also played on the Buffalo, NY, PBS affiliate. See trailer here.
Brockway Senior High School, Brockway, PA
Led a narrative-writing project to complement an eleventh-grade Victorian literature curriculum. Each of 22 students drafted and revised a Victorian-era narrative based on a scene from a period text, incorporating historical fiction writing techniques and elements of literature typical of Dickenson, Eliot, Hardy, etc. Through student research of period art (painting, sculpture, photography, stage) and social studies, the narratives involved period clothing, mannerisms, occupations, and social conditions. ​
St. Marys Middle School
Worked with 70 seventh-graders on a school centennial project that involved cross-curricular course work in social studies, English, history and art. Each student researched community and school history, focusing on an aspect of history tied personally to his or her community heritage or family heritage. Each student wrote a character sketch based on his or her research, interpreting the social, occupational or spiritual life of a historical person of interest. A visual artist then adapted the sketches with the students as they painted a mural that interconnected each design in a tree that commemorated the school’s history and ties to the community. The students showcased their mural and read their work at a grand Gala fundraiser for the school.

Pine Grove State Correctional Institute
Over several residencies, PJ led “what if” exercises to teach writing prompts and worked with the inmates on narratives that focused on incorporating objective correlatives to expose character emotion and motivation.

Indiana Area Junior High School
During a 20 day residency, 65 students wrote short stories and completed exercises and discussion that compared the art of composing and performing drama with creative writing. The program emphasized how elements of playwriting and acting can enliven writing. The residency culminated with the group seeing a performance of “Around the World in 80 Days” and meeting with the acting company. The company discussed acting techniques for showing a character’s inner state and answered questions for the students.

Pentz Run Youth Services, St. Marys
Worked with 12 at-risk youth exploring personal narrative, short story writing and poetry in a self-actualization project. The writers learned about and read examples of epiphany and began their compositions by writing scenes of character realization. They then worked toward that moment of revelation, building, through conflict, from what their characters thought they wanted, only to arrive at a moment of truth that revealed what they needed. Students shared and compiled their work.